This tutorial is intended for Twitter users who have at least one ‘third-party app’ connected to their Twitter account. Third-party apps are programs developed outside of or apart from the original vendor. Some of the more popular third-party apps in Twitter include: 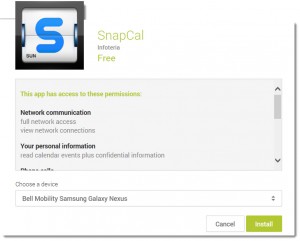 When you join any number of services, blogs, social networking sites, many of them offer to connect to your other accounts. Your other accounts could include Facebook, Instagram, WordPress, or others. Taking Facebook as but one of many examples, an independent software developer created something called Selective Tweets. Selective Tweets allows you to tweet from your Twitter account, and send that tweet to Facebook as well, by using the hashtag #fb. To be able to use Selective Tweets, you locate the developer while logged into your Facebook account. On the developer’s page, you type your Twitter ID into a textbox and click the Save button. That’s almost there is!

You connect Twitter with other third-party apps in very similar ways. You log-in to the original program –perhaps it’s Pinterest– go to the settings or apps screen, and choose what you’d like to connect. In almost all cases, the third-party app will show you a screen where you’ll have to agree to what the app is allowed to do with your other account. These are called permissions. Another example: there’s a third-party app called SnapCal that when used with Twitter allows you to easily tweet event details, or even add an event to your SnapCal calendar. I have found it to be a useful app. The image at the right shows you the typical kind of pop-up screen you’ll see in terms of permissions. Here you only see the first two. The rest, once you scroll down, include permission to read your phone status and identify, to modify or delete contents of USB storage, to read your social information from your contacts and call logs, and to access USB storage and test access to secure status. You are agreeing that if used on smartphone it can affect battery life (due to vibration notices).

It’s important to note three things before we continue with the rest of this tutorial:

Once you log-in to your Twitter account, click the gear icon in the upper right-hand corner, and then click Settings. From the Settings page, click Apps from the links that appear under your profile picture on the left side of the screen. You’ll see the Applications screen, like the one that appears below. If you have any third-party apps, they’ll be listed here:

As you can see above, the first third-party app listed in Pat’s collection is Post with Klout. For this and all third-party apps, you’ll see several key pieces of information. For starters, you’ll see the app’s name and who published or created it. Each publisher includes a description of their app. A summary of the Permissions of the app are included. In this case, the app is allowed to read from Pat’s account (see it) or write to it (post to it). You’ll also see the date and time the app was Approved.

As you can see in the screen capture above, the description for Applications includes a Learn more link. Click that link and you’re taken to Twitter’s Help article called Connecting or revoking third-party applications. There’s a lot of useful information here, including a definition of third-party apps, step-by-step instructions about connecting to them, revoking access, and trouble-shooting.

More information on third-party apps can be gleaned from almost any account that allows them, or allows their use. For example, if you’re a WordPress blogger, you’ll want to review their support page for Third Party Apps.

We feel third-party apps can be extremely useful on a number of fronts. As long as you stay aware of potential scams, a legitimate third-party app can make your social networking life a breeze and more efficient, in addition to inter-connecting various accounts for you so when you post to one, it will do the leg work in posting to one or more others.