I was very excited to read this book because, although several of the others I’ve read on Social media were interesting, there weren’t many new AHA! moments contained within. The books confirmed what I knew already. It’s important to learn that others have had similar discoveries and I am always impressed by authors who are able to organize and present overwhelming knowledge into succinct informative bites.

The Now Revolution book caught my attention and curiosity immediately, because Jay Baer and Amber Naslund have a wealth of knowledge when discussing social media and it’s implementation. Case in point, they introduced me to Microsoft tags as a way to connect their book with digital media while reading. I was geeked by the tag concept but occasionally found it frustrating to use on my Blackberry. 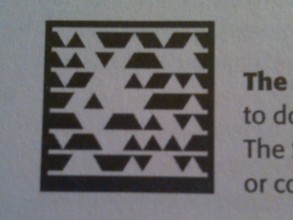 The tags allow readers to learn more about a particular subject or case study without diluting the key points in the book. Struggles occurred while lamp reading at night because shadows made it difficult to snap a clear image of the tag. Also if possible, the tags should be placed on the outside of the page. I was unable to capture one tag because it was so close to the spine of the book, the image was warped and unreadable by the tag application.

Even with these minor issues, I thought the concept was brilliant because it added value to the information. I hope to see the technology adopted by more authors

As far as the review… I can’t do it in one blog post, it would just be too long. There is so much information in this book, it’s difficult to do the author’s effort justice in a paragraph or two.

I’ll cover the 7 chapters of insight over the next several days.

Leave a comment or tweet any of the reviews and you could win a copy of Jay Baer & Amber Naslund’s book The Now Revolution, 7 shifts to make your business faster, smarter and more social.

I’ll put your name into a draw EVERY time you do one of the following between now and noon on Sunday, February 20, 2011:

Now is the time!